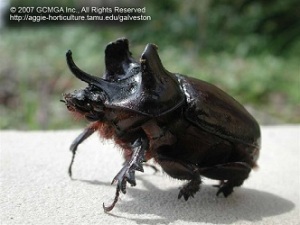 This week has been a tough one. Ya, I’ve been saying that a lot with some time of clarity in between. So this beetle showed up in meditation Tuesday morning. He was BAM… right in my face. Up close and personal! Freaked me the heck out! I don’t like beetles… they give me the creeps but… I’ve learned that we really should give them a lot of respect. It’s taken me all week but I think I’ve worked through what beetle has given me to work through.

Beetle is a small being with a very large Spirit. They are everywhere but we don’t always notice them. They are extremely diverse and come in many different shapes, sizes, and colors. They are very strong as well… some being able to carry over 600 times their own weight. Amazing!

Strength/Power ~ Community/Teamwork
Beetle’s strength is very underestimated. This reflects how we often feel about ourselves or others. We often think we are too small to make big changes in the world. But, when we set out minds to it we can make big changes without even realizing it. The will to work on our own hurts and turmoil within shows great strength. By facing our inner demons and working through them causes change within us which then reflects out which causes great change in the world. Like the beetle, we may be very small in the grand scheme of things but one little beetle can create a city… so too can one human being. Look at forums that we are members of or groups online or not… those took the idea of one person. Their effort and love to cultivate a city of people coming together. Imagine the world without groups of people coming together… it’s a sad thought isn’t it. We have it within us to make great change… we just have to release it and let it shine. What’s that famous saying? “Build it and they will come.” That one thought turned into something wonderful and touched so many people which in turn caused their change to change others and so on. One person’s change acts like a ripple in the water and can go on and on… forever.

Recycling/Purification
Beetle is one of our grand recyclers of waste. They eat the nasty stuff and then recycle it into rich soil to cultivate plants and the earth. We, in a sense, do the same thing. How many people do you know… that can be in a group of people… who are not feeling well or are in a bad space in their mind… just to turn all that around? They turn the negative energy into positive energy just by talking to or touching people. I see it all the time. It’s amazing! There are more of us out there than is realized. You may be one as well. Think about it… have you ever experienced that? Do people seek you out when they are feeling down just because you always make them feel better? Yes you… think about it. You are here for that purpose… to shine your light on the world. This also causes great change in the world. Love is your focus… let it shine!

So, essentially what the Beetle Spirit wants us to know is that we need to allow our light shine and that alone will change the world… one person at a time.

The information that was gathered came from the following website.
http://www.whats-your-sign.com/symbolic-beetle-meaning.htm
It’s very interesting reading and I highly recommend it.  🙂