The following photos were taken by me and entered in the county fair. 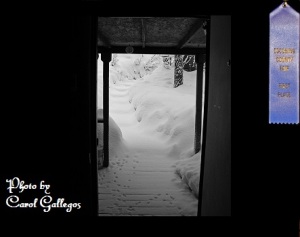 I call this photo “Footprints”.  Most people don’t realize that Arizona gets snow.  Well this picture was taken outside my fiance’s front door in Kachina Village right outside Flagstaff, Arizona.  It was taken a few years ago and we were snowed in for a day because of all the snow.  I believe we had 2 or 3 feet of snow.  We had shoveled the snow the night before and woke up to more.  The “Kid”, his kitty, decided to make his mark on the newly fallen snow as seen by his footprints. 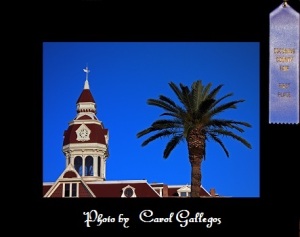 This picture called “Florence Courthouse” is a beauty!  I love the contrast of the building and sky.  The courthouse is the original courthouse of Florence, Arizona.  Everything below this point had scaffolding all around as they were fixing a lot of damage. 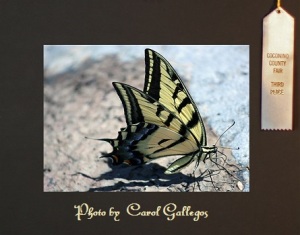 This one got third place of the five photos I entered.

The next two photos were also entered but received no ribbons.  I still love them!  🙂 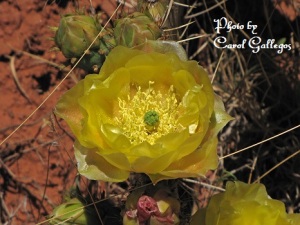 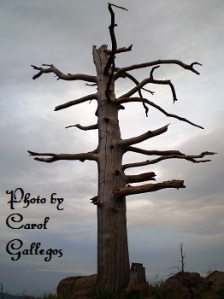 This tree is on the top of Mt. Elden in Flagstaff, Arizona.  The winds are so strong there that some of the trees actually grow twisted.  These type of trees are homes to birds such as the bald eagle.

I hope you liked seeing another side of me.  🙂